LOS ANGELES, March 6, 2020 /PRNewswire/ -- Regarded as the "Madonna of Albania," international Pop-sensation Bleona is releasing her latest single "Haters" independently and in conjunction with a video directed by Chris Applebaum (Rihanna Ft. Jay-Z: "Umbrella") on March 8th, 2020. The release date coincides with International Women's Day. "Haters" subsequently follows on the heels of the success of her hit single "I Don't Need Your Love," which peaked at #1 on the U.S. Billboard Dance Charts in 2019. 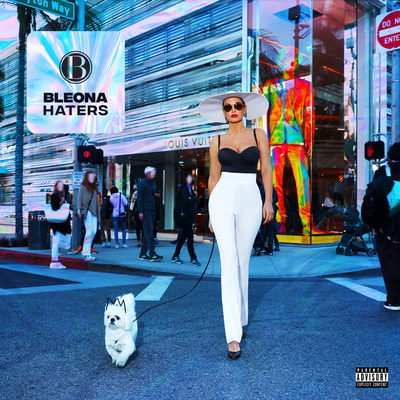 With Bleona's own beat-heavy brand of high-octane, melodic dance-Pop, "Haters" comes ahead of her newest EP set to release later this year and is being co-produced by GRAMMY-Award® winning producer and songwriter Timbaland and Fede Vindver. The song is a deeply personal, contemporary narrative encapsulating Bleona's iconoclastic persona in its brash and unapologetic examination of a contemporary narrative. The socially charged lyrics probe the paradoxical relationships developed and experienced through social commentary in new media, a.k.a cyberbullying, centering the song as an anti-hate anthem.

A multiple award-winning, multi-lingual recording artist and triple-threat, Bleona has sold more than five million albums worldwide, graced over forty magazine covers and has performed for millions of fans - all while operating as a completely independent artist. With no promotional support from a music label she is afforded the freedom to maintain the integrity of her artistic agency. With this newest addition to her dance-Pop oeuvre, "Haters" is a taste of what is slated to come later this year.