Keio University Research: Sleep and the Social Competence of Children

Keio University Research: Sleep and the Social Competence of Children

TOKYO, March 24, 2020 /PRNewswire/ -- Researchers at Keio University report in the journal Child and Adolescent Psychiatry and Mental Health the results of an in-depth study on the importance of sleep for children's health and social behavior. The main findings showed that the sleep onset time and duration of sleep are important factors for the development of social competence in children aged between 18 and 42 months. 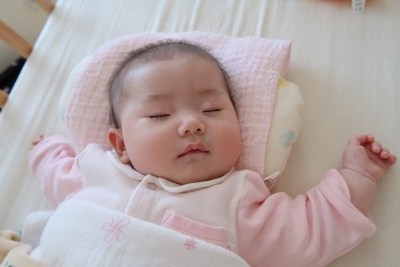 "Common sense dictates that sleep in early childhood is important, but it is not widely known that Japanese infants have the shortest sleeping time in the world," says Etsuko Tomisaki at Keio University's Faculty of Nursing and Medical Care. "Scientific research has shown that sleep is important for brain formation and that the frontal and parietal association areas of the brain play important roles in the development of social ability. The goal of my research is to clarify the relationship between sleep and the social competence of Japanese infants."

Specifically, Tomisaki and her colleagues conducted a cohort study on the effects of sleep on the social competence of children and the relationship between changes in sleeping habits and their social competence through interventional research. The research looked at children at three different stages of development — ages 18 months, 30 months, and 42 months.

In Tomisaki's research, "social competence" refers to an infant's ability to understand and get along with others, and evaluating this is based on what is called the Interaction Rating Scale (IRS). "Sleeping time" refers to the time required to enter non-rapid eye movement (non-REM), whereas "waking time" is a state of being completely awake. Finally, "night sleep time" is anytime the child is asleep minus daytime naps, and subtracting the time the child wakes up during the night.

"We asked caregivers to record their infants' daily sleep log according to the Japan Children's Study Sleep Questionnaire (JCSSQ)," explains Tomisaki. "The log included sleep onset time, waking time in the morning, and sleep length. We recorded videos of interactions between caregivers and their infants as they played in the controlled environment of a 4x4 meter playroom with a small table and chairs. We asked the caregiver to teach their child the challenging task of building a house with small building blocks, which would be difficult to achieve for the child alone. The videos of the interaction between caregivers and their children were reviewed by trained evaluators."

As part of the study, the Index of Child Care Environment (ICCE) questionnaire was used to assess the quality of each child's childcare environment according to 13 categories, including human stimulation, to determine the degree of parental care given by both partners, as well as social stimulation, which takes into account aspects such as outings to the park with the child's caregiver.

Tomisaki stresses that the Interaction Rating Scale (IRS) was critical for analyzing the observation sessions and assessing the social competence of the children. "The IRS contains 70 behavioral and 11 impression score-items to assess children according to categories including autonomy and empathy. It also assesses caregivers, who are scored in areas including respect for autonomous development, respect for empathy development, and so on. The maximum score on the IRS scale is 25, where a higher score indicates a higher level of social competence."

Tomisaki's research showed that the sleep onset time and duration of sleep are important factors for the development of social competence in children aged between 18 and 42 months.

"In our study only 6.8% of infants in Japan were sleeping more than 11 hours at night," explains Tomisaki. "Also, only 14.5% went to sleep before 9 p.m. The average onset time was 10 p.m., and 36.3% went to sleep later than this time. Our results indicate that Japanese children do not get enough sleep based on reports that nocturnal sleep durations of at least 11 hours in children less than 3.5 years is important for unimpaired cognitive ability when the children are 6 years old. Our research was focused on a limited range of ages and we only looked at sleep patterns of children who were 18 months old, so I think that it is important to expand this study to older children, and we hope that this research will be a 'protective factor' to help prevent various childhood problems."

Etsuko Tomisaki received her PhD in nursing science in 2014 from the University of Tsukuba. She specializes in child development and child care. Her research is focused on finding the optimal environment for children and their caregivers.

1.  Etsuko Tomisaki et al., The relationship between the development of social competence and sleep in infants: a longitudinal study. Child and Adolescent Psychiatry and Mental Health, 12 (1), (2018). | article

2.  Etsuko Tomisaki et al., The trajectory of children's social skill from 2 to 4 year-olds and their waking up patterns. Japanese Journal of Human Sciences of Health-Social Services, 18, 77-83, (2011). | article

Keio University is a private, comprehensive university with six major campuses in the Greater Tokyo area along with a number of affiliated academic institutions. Keio prides itself on educational and research excellence in a wide range of fields and its state-of-the-art university hospital.

Keio was founded in 1858, and it is Japan's first modern institution of higher learning. Over the last century and a half, it has evolved into and continues to maintain its status as a leading university in Japan through its ongoing commitment to producing leaders of the future. Founder Yukichi Fukuzawa, a highly respected educator and one of the most important intellectuals of modern Japan, aspired for Keio to be a pioneer of new discoveries and contribute to society through learning.