- Past champions include Fittipaldi, Castroneves, Franchitti, Montoya and more

- Race to be live streamed this Saturday on The-Race.com/youtube 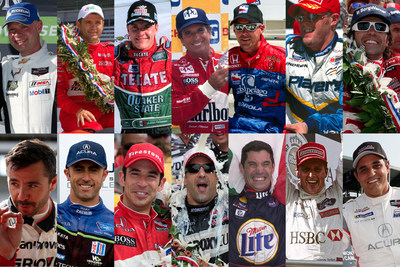 The Legends Trophy will pit drivers aged 40 and over against one another in identical cars as a prelude to this Saturday's third round of the All-Star Esports Battle.

The format will be simple, with qualifying deciding the starting order for the esports race conducted on the rFactor 2 racing platform.

"Simulators are extremely important because technically, they are so close to driving the real thing," said Fittipaldi

"You learn the track before you even arrive – where to brake, where to turn, even before arriving at any track in the world. And the feedback for the driver, the reaction, the reflex, the coordination, it's a mental test and mental development for a young driver. I wish, in my time, we had simulators. My life would have been much easier!"

Fittipaldi is looking forward to doing battle against some of his old rivals.,

"I've raced against guys like Gil, Paul, Bryan and Adrian back in the day and it will be great to do battle again. This will be a lot of fun."

"I'm really looking forward to this event and a chance to race with my old mates and competitors once again, hopefully with some really lairy cars and on a great track," Franchitti said.

"I got introduced to the sim world via Darren Turner and his Base Simulator business and I am loving getting to grips with some mega cars of yesteryear.

"The Legends grid that The Race has put together looks tremendous with some great buddies and old adversaries. It will be interesting to see which of the old men have reading glasses and which have bi-focals!"

The current line-up has an incredible 455 F1 starts, 24 F1 wins, 2,378 IndyCar starts, 177 IndyCar wins plus eight overall or class victories at the 24 Hours of Le Mans between them.

The first All-Star Esport Battle was arranged in less than 72 hours following the cancellation of the Australian GP. It attracted a live audience of over half a million viewers.

It placed some of the world's top racing drivers against the best of the sim racing world. There was a $10k prize pool and the sim racers all received an appearance fee in order to boost their community during a hugely transitional time for the sport.

The next installment takes place at 4:00 pm (GMT) on Saturday March 28. The two-hour, 40-minute broadcast will include both the Legends Trophy and the All-Star Battle – streamed live on The Race's YouTube channel.