MOTI officially unveil its laboratory brand "MOTI Lab", which may attribute the reliability and security of the pod device field to a new level

MOTI officially unveil its laboratory brand "MOTI Lab", which may attribute the reliability and security of the pod device field to a new level

SHENZHEN, China, March 26, 2020 /PRNewswire/ -- MOTI, leading vaping brand and manufacturer of the e-cigarette industry announced the unveiling of MOTI Lab. Focusing on research and development of reliability and protection capabilities of pod devices, the lab has obtained more than 100 patents globally as of February 2020. More than 50% of which are classified as "invention patents", including the ultrasonic welding technology used in e-cigarettes, which simplifies the production process from more than 20 parts to 7 with improved strength and hermetic sealing. MOTI will use the technology in its new generation MOTI Go, making it the first of its kind. 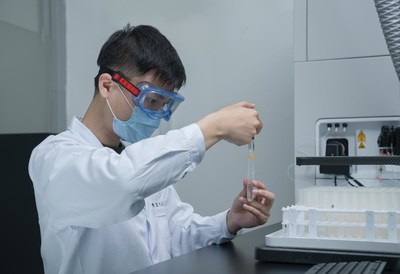 "MOTI Lab is the center of MOTI's innovation initiatives. With more than 100 patents, it is the driving force behind the research and development of MOTI's new technology and products of cigarette alternatives," said John Gao, Product Manager of MOTI. "We strive to make it the most innovative lab of the industry."

The MOTI Lab is also the last line of e-liquid safety. All e-liquids used by MOTI are tested and confirmed that it is qualified by three parties: the e-liquid manufacturer, the bottling plants, and MOTI Lab, which conducts more than 50 tests across 17 categories of e-liquid for quality and safety control.

To prevent minors from misusing e-cigarettes, MOTI Lab has incorporated several smart features to its products and plans to work with universities and research institutions to continue improving product safety. In addition, adhering to its approach to product design, which centers on both innovation and environmental protection, the company uses environmental-friendly materials for all its products, including MOTI Go and Moti Mojo which have been nominated for the Green Product Award.

MOTI cares for both the physical and mental health of smokers and is committed to becoming a mentor and guide to those who wish to quit smoking. Supported by the Lab, MOTI recently launched the "My Last Cigarette in 2020" campaign on No Smoking Day in the UK to encourage smokers to give-up.

MOTI is a revolutionary e-cigarette brand derived from Meta Lab – creators of the MOJO and MOTI Classics series. Since 2013, the brand has spearheaded the e-cigarette industry from its Las Vegas headquarters with a dedication to cutting-edge tech and top-notch creativity. MOTI aims to advance the use of smart technology to make improvements to the environment through cigarette alternatives research, spending on average 30% of its revenues on R&D.