SOFIA, Bulgaria, April 24, 2020 /PRNewswire/ -- Today the Financial Supervision Commission approved the Prospectus of First Investment Bank for public offering of up to 40 million new shares of the Bank's common stock. 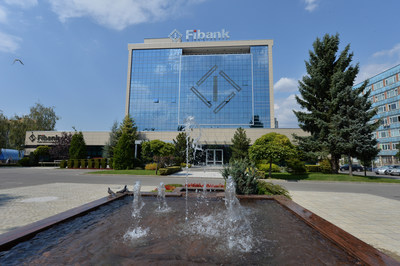 The new shares will have an issue price of BGN 5, which means that upon full subscription of the issue the bank will increase its capital by BGN 200 million. According to the terms set out in the Prospectus, the capital increase will be considered successful is at least 4 million new shares are subscribed.

Fibank will use the capital increase to ensure implementation of its strategy to expand its market presence in retail banking and lending to small and medium-sized enterprises in Bulgaria.

The Bank had a successful 2019, reporting an increase in assets by more than BGN 1 billion, to BGN 10.7 billion. Consolidated profit for 2019 was BGN 137.9 million and profit before impairment was BGN 257.7 million. It is worth noting that in December the Bank also successfully placed a EUR 30 million bond issue, which, after permission by the BNB, was included it in its additional Tier 1 capital.

By the end of 2019, through capital raising and risk mitigation measures, the Bank had formed an additional capital buffer in excess of EUR 197 million. With the placement of the new issue, the Bank will 100% fulfill the last recommendation of the European Central Bank.