LONDON, April 29, 2020 /PRNewswire/ -- Analysis from the UK's largest native advertising platform ADYOULIKE for the period March to mid-April reveals key ad spend trends during the COVID-19 crisis. The first in a regular series of COVID-19 Advertising Barometer data reports to be published by ADYOULIKE looking at the state of the UK ad market during the crisis.

ADYOULIKE, which integrates directly with the UK's leading news publishers, including titles such as The Guardian, The Independent, The Mirror, The Sun, Daily Mail, The Telegraph & more – and has Supply Side Platform connections with all the major Demand Side Platforms has analysed ad spend by vertical across their Supply network for the period March to early April.

While overall ad spend is down in April - as the UK advertising industry struggles under the COVID-19 pandemic and major shutdowns of large parts of the economy, ADYOULIKE figures reveal that not all advertising verticals are impacted.

"With more supply available and lower eCPMs, many verticals are seeing opportunities. For example, business services solutions, cloud services & analytics advertisers have ramped up advertising in recent weeks, spending more compared to pre-crisis levels across our Supply. 'Traditional' print publishers, looking to increase their digital subscriptions and promote the quality of their reporting have ramped up their digital ad spend in early April, too, while hobby and interest advertisers continue to look to benefit from changing lifestyles and the government stay-at-home messaging, ramping up ad-spend in the initial lockdown period to win new customers. We are also seeing a spike in Government spending too, in the promotion of COVID-19 safety messaging across our Supply. These ad verticals are looking to maximise the marketing opportunity at this time.

"Perhaps of equal importance though is the glimmer of light we are seeing with a sustained upward trend in ad spend for April in the big IAB categories of Health, Food & Drink, Pets and Shopping. The data suggests that many brands in this space are adjusting to the 'new normal' and are committed to increasing their marketing efforts. That's reassuring for everyone in the industry as we look to navigate out of the crisis."

While there are some positives to be taken from the first initial set of data by vertical to be published since the UK lockdown, ADYOULIKE data did reveal significant decreases in spend in many other key IAB verticals: Travel advertising is 99.1% down in spend since early March, highlighting the near total collapse in advertising in this sector. Automotive, Sports, Arts & Entertainment, Careers, are all down by 97% on early March, too.

ADYOULIKE (www.adyoulike.com) is the leading global in-feed native advertising platform. Launched in 2011, it is a pioneer in native technology and creating advertising experiences for users that mirror the websites they are visiting. Using its own native supply-side platform (SSP) and native technology platform, the company enables brands to scale native advertising campaigns across premium publishers, while publishers benefit from access to ADYOULIKE's marketplace. Main ADYOULIKE offices are: London, Paris & New York. 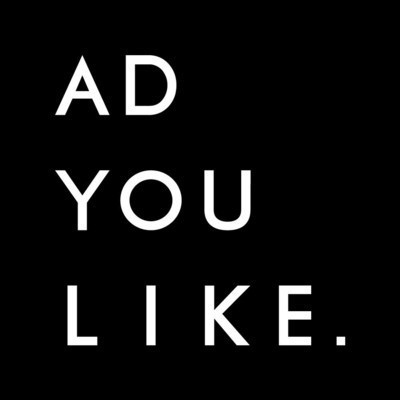