LONDON, May 7, 2020 /PRNewswire/ -- After a wait of more than 19 months, China's importing consortium finally agreed a new potash contract on April 30. Settled at $220 /t CFR with BPC, the new agreement marks a $70 /t decline on the previous contract and is only $1 /t higher than the decade-low 2016 contract. Although this underlines the magnitude of spot price erosion since 2018, it nevertheless sets a new floor for the market. Suppliers will now hope this finally brings stability to weak spot prices and ultimately tightens global product availability. However, with record high stocks already held in bonded warehouses – which exporters will be keen to clear – it will likely be months before China requires significant import volumes. Consequently, spot prices are unlikely to respond until much later in 2020. 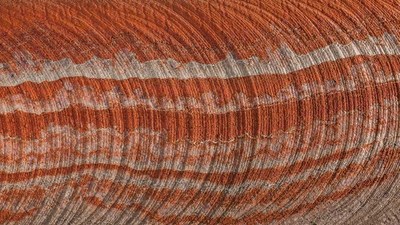 Why did it take so long to settle a new contract?

More than a year and a half has passed since the Chinese importing consortium of Sinofert (Sinochem), Sino-Agri (CNAMPGC) and CNOOC, agreed the last potash import contract. This was signed on September 17 2018 at $290/t CFR. In the nearly 600 days which have elapsed since, global spot prices have plunged to multi-year – if not decade – lows as the potash market swung into oversupply.

Nowhere was the situation more acute than in China. MOP imports in 2019 surged to a 12-year high and domestic production in Qinghai exceeded 7.4 Mt for only the second time. This was despite actual consumption declining to a six-year low, leading to the accumulation of record high country-wide inventories by the end of 2019.

Optional volumes and seaborne import suspension led to a rush of arrivals in H2 2019.

Different drivers led to the mismatch between gross supply (imports and domestic production) and actual consumption in 2019.

Following the arrival of initial volumes agreed under the 2018 contract, CRU understands Chinese importers agreed to receive optional volumes from suppliers during the first half of 2019. Chinese port wholesale prices reached three-year highs in late Q1 2019, and this is likely to have strongly influenced the decision to receive optional volumes. This maintained imports above 600,000 tonnes a month well into Q3, driving up port inventories to more than 3 Mt for the first time since 2016.

Since our foundation by Robert Perlman in 1969, we have consistently invested in primary research and robust methodologies, and developed expert teams in key locations worldwide, including in hard-to-reach markets such as China.

CRU employs over 280 experts and has more than 11 offices around the world, in Europe, the Americas, China, Asia and Australia – our office in Beijing opened in 2004 and Singapore in 2018.

When facing critical business decisions, you can rely on our first-hand knowledge to give you a complete view of a commodity market. And you can engage with our experts directly, for the full picture and a personalised response.

CRU – big enough to deliver a high-quality service, small enough to care about all of our customers. 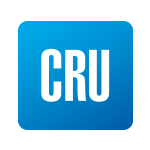