-  Committed to ethical use of genome-editing technology

DARMSTADT, Germany, May 11, 2020 /PRNewswire/ -- Merck, a leading science and technology company, today announced that two of its CRISPR-Cas9-assisted genome-editing patents have been allowed in the United States. These allowances provide Merck with the opportunity to support U.S. scientists and researchers in their work to advance and protect gene therapy development programs. The company is in active discussions to license its foundational technology for therapeutic and other uses and is seeking collaboration partners for research and product development. 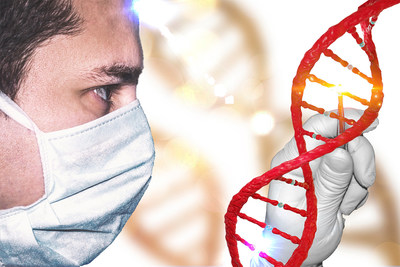 "This is important news for researchers, as CRISPR-based DNA cleavage and integration are fundamental for many genome-editing applications and can be used to develop personalized therapies," said Udit Batra, member of the Merck Executive Board and CEO, Life Science. "As a leading innovator of CRISPR technology, we will license this technology to ensure that the full potential of this powerful tool is realized, responsibly and ethically, throughout the scientific community. We look forward to continuing our work with academic and industrial partners to bring the best of our collective innovations to fight the toughest diseases and improve human health."

These latest allowances cover Merck's CRISPR-Cas9 cleavage and integration technology, which  allows researchers to replace a disease-associated mutation with a beneficial or functional sequence, or delete such a mutation, commonly referred to as "knock in" and "knock out," critical methods for the creation of disease models and development of gene therapy.

These grants mark the 25th and 26th CRISPR patents worldwide belonging to Merck and the third and fourth in the U.S. The company has CRISPR patents granted in Australia, Canada, China, Europe, Israel, Singapore and South Korea with related patent filings in Brazil, India and Japan.

CRISPR technology is a core competency for Merck, which has 16 years' experience with genome editing, spanning discovery to manufacturing. The company develops technologies in a range of genome-editing applications, including gene knockout, gene integration and CRISPR libraries for genetic screens. Merck received its first U.S. patent in February 2019 for its proxy-CRISPR technology, which makes genome editing more efficient, flexible and specific.

Merck considers that now is the time for the key CRISPR intellectual property stakeholders to come together to simplify technology access for companies conducting CRISPR-based research via patent pooling agreements. Merck and The Broad Institute announced their collaboration agreement for CRISPR patent licensing in July 2019.

The company recognizes that genome editing has resulted in major advancements in biological research and medicine. At the same time, the growing potential of genome-editing technologies has led to scientific, legal and societal concerns. Merck supports research with genome editing under careful consideration of ethical and legal standards. Merck has established an independent, external Bioethics Advisory Panel to provide guidance for research in which its businesses are involved, including research on or using genome editing and has developed, defined and transparently published a clear Genome-Editing Technology Principle taking into account scientific and societal issues to inform promising therapeutic approaches for use in research applications.

All Merck news releases are distributed by email at the same time they become available on the Merck website. Please go to www.merckgroup.com/subscribe to register online, change your selection or discontinue this service.

About Merck
Merck, a leading science and technology company, operates across healthcare, life science and performance materials. Around 57,000 employees work to make a positive difference to millions of people's lives every day by creating more joyful and sustainable ways to live. From advancing gene editing technologies and discovering unique ways to treat the most challenging diseases to enabling the intelligence of devices – the company is everywhere. In 2019, Merck generated sales of €16.2 billion in 66 countries.

Scientific exploration and responsible entrepreneurship have been key to Merck's technological and scientific advances. This is how Merck has thrived since its founding in 1668. The founding family remains the majority owner of the publicly listed company. Merck holds the global rights to the Merck name and brand. The only exceptions are the United States and Canada, where the business sectors of Merck operate as EMD Serono in healthcare, MilliporeSigma in life science and EMD Performance Materials.