Arab Palestinian Investment Company (APIC) Issues New Corporate Bonds Through Two Parallel Issuances in both US Dollars and Euros with a Gross Value of USD 73.841 Million

Arab Palestinian Investment Company (APIC) Issues New Corporate Bonds Through Two Parallel Issuances in both US Dollars and Euros with a Gross Value of USD 73.841 Million

RAMALLAH, Palestine, June 29, 2020 /PRNewswire/ -- On June 25, 2020, Arab Palestinian Investment Company (APIC) issued new five-year bonds through two parallel issuances in both the US dollars and euro currencies with a gross value of USD 73.841 million, of which USD 58 million and Euro 14 million are in a private subscription with the participation of nine banks and companies including Arab Bank, Cairo Amman Bank, Bank of Palestine, Quds Bank, Bank of Jordan, Jordan Ahli Bank, the National Bank, Palestine Deposit Insurance Company and the National Insurance Company. 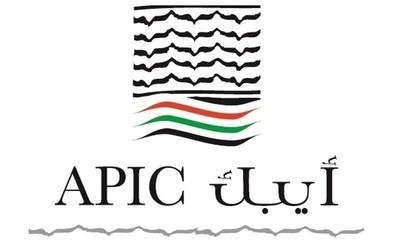 The bondholders of the two issuances held a general assembly on Thursday, June 25, 2020, in Ramallah, which was chaired by APIC Chairman and CEO Tarek Aggad, and was also attended by APIC's executive management team; the manager of the Securities Directorate at the Palestine Capital Market Authority Murad Al-Jadbih; representatives for the bondholders; the custodian of Cairo Amman Bank; as well as Shehadeh Law Firm, the legal counselor of APIC. At the bonds general assembly, Wasata Securities Company was elected and assigned as the trustee for both issuances.

APIC's General Assembly had approved and ratified the issuance of new corporate bonds with a nominal gross value of up to USD 75 million during its extraordinary meeting that took place in Ramallah earlier in May.

In his statement, Aggad said that the bond issuance is an important step towards assisting the company in achieving its future plans and will also effectively enhance its capital structure. Aggad added, "We thank all the institutions that subscribed to APIC bonds, which proves their trust in APIC group particularly during the current challenges that include political uncertainty, the current closures and preventive measures in place due to the coronavirus pandemic." Aggad noted that several of the banks that had subscribed to the first and second bond issuances in 2012 and 2017 have since renewed their subscriptions for this third issuance, which demonstrates the great trust that APIC has enjoyed from bondholders during the past years.

APIC bonds are structured with a bullet repayment after five years; are not traded nor listed on Palestine Exchange and any other stock exchange; are not convertible into shares; represent excellent debt; and are collateralized with 100% collateral coverage ratio.