The results show that third-party security apps protect at a high level, but Google's protection fails

INNSBRUCK, Austria, July 8, 2020 /PRNewswire/ -- Independent security testing lab AV-Comparatives has published the report of its 2020 investigation into antivirus apps for the Android mobile platform. The Innsbruck-based institute tested 9 popular security apps with regard to malware protection, battery drain and anti-theft functionality. Third-party products made by Avast, AVG, Avira, Bitdefender, G DATA, Kaspersky, Securion and Trend Micro were all scrutinised, along with Google's built-in security measures in the Android platform. 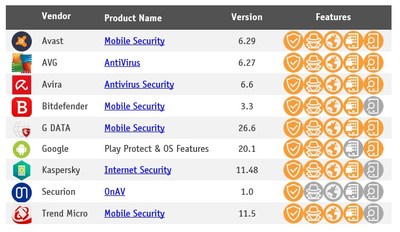 The latest version of Google's mobile OS, Android 10, was used for the test. Users who are planning on buying a new smartphone, or updating their existing phones to the newest OS version, can see how well the tested products perform on the latest incarnation of Android.

In the malware protection test, over 3,000 recent malicious applications for the Android operating system were used. The results clearly showed the advantage of using a third-party antivirus product to protect smartphones against Android malware.

To ensure that the tested products do not achieve protection at the expense of high rates of false alarms, a false-positives test was also run, using 500 popular legitimate apps.

Anti-theft functionality was also considered. This allows a user whose smartphone has been lost or stolen to, e.g., locate it, lock it, and wipe private data. Anti-theft features in the tested products were tested for reliable operation.

A past criticism of security programs is that they cause significant drain on the device's battery. AV-Comparatives addressed this issue by running a battery-drain test. The effect each product has on battery life during everyday phone usage (making calls, surfing the Internet, watching videos and sending emails) was measured.

As well as the results of the tests, the report includes general security advice and information for users of Android devices. The new security measures incorporated into Android 10 are considered, along with the effect these have on third-party security apps. Security tips for Android users are also provided.

Like all AV-Comparatives' public reports, the report of the 2020 Android Mobile Security Test can be downloaded free of charge from the institute's website, www.av-comparatives.org.

AV-Comparatives offers AVC UnDroid, a well-done malware analysis tool, which is available free to all users. It is a static analysis system for detecting suspected Android malware and adware and providing statistics about it. Users can upload APK files and see the results in various analysis mechanisms. 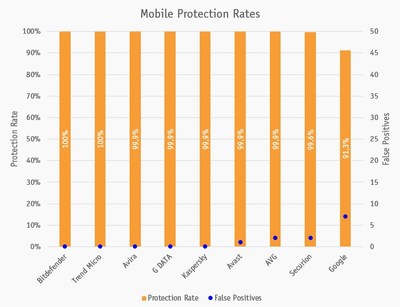 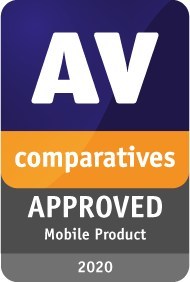