"Achieving this accolade, arguably one of the hardest and most distinctive in the hospitality industry fills me with abundant pride in our special team of individuals," said Ben Shank, General Manager. "Their genuine perseverance to create a comfortable elegance, coupled with authentic service, is now recognized on the world stage. On a personal note, with Philadelphia as my original hometown, I am humbled to be part of the team that has created a historic first for our wonderful city."

Four Seasons Hotel Philadelphia opened its doors in August 2019 as the highest situated hotel in North America. The Hotel resides atop of the Comcast Technology Center designed by Lord Norman Foster of Foster + Partners, the skyscraper has redefined the Philadelphia skyline. Craftsmanship and Innovation are at every turn of the property with stunning installations from Artistic Director and celebrity floral designer Jeff Leatham. Offering world-class dining from Michelin starred Chef Jean-Georges Vongerichten and James Beard Award-winner Greg Vernick, becoming an epicenter of culinary excellence in Philadelphia.

With over 780 years of combined experience, the team at Four Seasons Hotel Philadelphia, some born and raised in Philadelphia and others abroad, represent ten countries and nine languages. They create an atmosphere of hospitality and intuitive service for local and internationals guests, while Les Clefs D'Or concierge customize every stay.

Wellness & Healing
The Spa at Four Seasons Hotel Philadelphia at Comcast Center is a luxurious retreat of wellness floating above the clouds. Home to the only infinity-edge pool in Philadelphia, spa guests feel a sense of tranquility from 700 pounds of healing crystals concealed in the walls. Crystals are a common thread on the Spa menu, with signature treatments focused around the therapeutic gemstones.

"With hearts full of care and a passion for wellness, the team creates exceptional experiences for guests daily," said Senior Spa Director, Verena Lasvigne-Fox, the ultimate curator of well-being. She has led several renowned spas across the globe including Four Seasons Paris, Marrakech, Seychelles. This is Lasvigne-Fox's first time being awarded the Forbes Travel Guide's Five Star award.

Forbes Travel Guide is the global authority on luxury hospitality. Professional inspectors travel the world to assess hotels, restaurants, and spas based on 900 objective standards that determine their coveted annual Star Ratings. Forbes Travel Guide will celebrate the full list of 2021 Star Award winners in spring 2021.

"We offer our congratulations to the staff and leadership of the Four Seasons Hotel Philadelphia at Comcast Center for a double Five-Star win for both their hotel and spa," said Filip Boyen, CEO of Forbes Travel Guide. "As one of the newest recipients of The Forbes Travel Guide star rating awards, our experience of the property showed staff willing to go above and beyond for their guests, a hallmark of genuine Five-Star service. It would be remiss not to acknowledge that aside from an incredible achievement in a tremendously trying year, these new accolades also place Philadelphia back on the list of cities that can proudly boast the prestigious Five-Star award," he added. 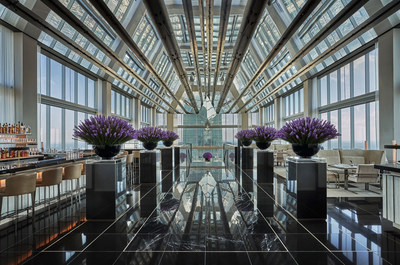 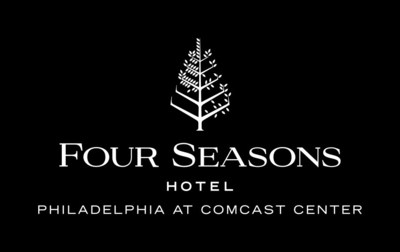