LONDON, Sept. 8, 2020 /PRNewswire/ -- Recently, Gold System Token (abbreviated as GST), which is a digital gold token economic system, initiated by a British company, Great Mountain Holding Group Limited (abbreviated as GM) has triggered industry discussions. GST is an open platform and digital financial system based on blockchain technology which will be used to serve and bring new liquidity and ownership opportunities to the gold upstream and downstream industries. The system uses blockchain technology to establish certainty in a new gold production-circulation ecosystem and is an alliance blockchain for gold and related industries. 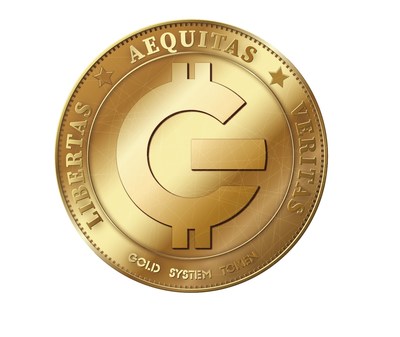 GST is different from many gold digitalisation projects. It is not a simple form of traditional "gold standard" tokenisation. Instead, GST aims to serve the wider gold value chain across multiple processes such as gold mining, production, distribution, gold financing, banking, and securities. GST is also a value circulation system. It uses blockchain technology to implement gold provenance and traceability, three-party registration and settlement, so that the inefficiencies of traditional supply chain of gold value exchange will be shortened, made transparent and safer. As a result, mining companies that are upstream in the gold industry will benefit directly. Their costs will be lower and they will no longer need to pay the excess costs for the circulation and value exchange of gold, and the gold tokens generated by digitalisation will also be welcomed by downstream gold companies and gradually expand the scope of the business.

The first application in the GST ecosystem will be in a new form of blockchain game.

It's a gold mining game called "Richman". Players play as miner or owner to mine and harvest GST and will gradually connect to e-commerce, social networking and online competition in the ecosystem.

The GST open platform will connect digital open banks, issuers and operators of digital gold, and allow participating banks and other commercial institutions to use blockchain technology to issue, transmit, or stake digital assets linked to physical gold. On the one hand, GST is  a good application foundation in the gold mining industry. On the other hand, it uses listed securities as a basis to establish distributed nodes in various fields such as finance, payment, trust, and circulation, and finally form a gold economic ecosystem in the digital age.

Hong Kong Jufeng Industrial Group Co., Ltd. (abbreviated as JF) became the first operating node of GST. JF operates gold mining business in a number of countries around the world. In 2019, it completed a merger with Taxus Pharmaceuticals Holdings Inc, a NASDAQ listed company (stock code: TXSP). TXSP's medicine brand Excellagen® has entered the late stage of clinical trial phase III and will soon be used on a large scale. This collaboration aims to jointly build the application of digital gold ecosystem. At present, JF uses TXSP stock as an endorsement of GST and it will also implement applications  in the fields of games and payments related to gold. It is believed that in the future, JF will provide better application services in more scenarios such as medicine and education.

"GST is solving the many inconveniences of gold settlement applications in the era of blockchain. After experiencing different standards of currency in decades, the blockchain or GST makes our currency once again returned to the financial and economic basis of gold," Royce Hoyin Ng, CEO of Great Mountain explained. "Therefore, we chose Hong Kong Jufeng, which provides both gold mining and securities endorsements, as the first operating node of the digital gold ecosystem."