The Art of Whisky: Retro Trove of Archive Posters Shines Light on the History - and Mystery - of Whisky

The Art of Whisky: Retro Trove of Archive Posters Shines Light on the History - and Mystery - of Whisky

NORTHAMPTONSHIRE, England, Sept. 16, 2020 /PRNewswire/ -- A long-lost Government poster collection is being relaunched as a lavish pictorial homage to the history of whisky. 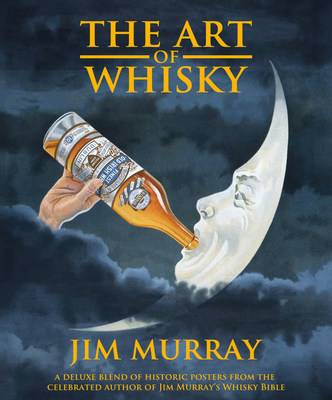 The Art of Whisky is a stunning coffee-table hardback edition exploring the drink's Victorian roots as told through an intriguing collection of evocative retro adverts.

From depictions of homespun Highlanders to far-flung Empire, these posters celebrate the birth of enduring brands such as Teacher's and Dewar's to those now long extinct, such as Old Dad and Clan Castle.

Whisky guru Jim Murray was commissioned to uncover these historical treasures from the Public Record Office's archives in London.

Now they have been pulled together and beautifully reproduced in rich detail over 80 pages.

Murray's light and insightful commentary draws out their significance and the part each played in the story of how whisky was first distilled for and marketed to the masses.

The Art of Whisky was originally published by the Public Record Office in 1998 but as a paperback to save taxpayers' cash, however, Murray – author of the best-selling annual guidebook Jim Murray's Whisky Bible – has now bought the rights from the National Archives to relaunch it in all its glory.

He said: "Of all the many books on whisky I have written in the last 25 years and more this was the one screaming to be published in hardback.

"Back in 1998, the single malt whisky movement was still very much in its infancy and the Public Record Office, the holder of these extraordinary whisky relics, quite understandably felt it better to err on the side of caution.

"The whisky world of 2020 is nothing like the one of 22 years before. So I bought the rights and decided to republish it - in hardback of course - under my own company's imprint of Dram Good Books.

"Despite the dated style of these advertisements, there is a timelessness, too.

"Like the finest whiskies - be they Scottish or Irish - the more time you spend with them, the greater the pay-back, the more intricate your discoveries."