AIMCo Announces Appointment and Reappointment to Board of Directors

AIMCo Announces Appointment and Reappointment to Board of Directors

EDMONTON, Alberta, Oct. 5, 2020 /PRNewswire/ -- Alberta Investment Management Corporation (AIMCo) announces the appointment of Mr. Robert (Bob) P. Kelly as a member of the board of directors for a term set to expire on September 29, 2023. This announcement follows the signing of the Order in Council, O.C. 286/2020, by the Lieutenant Governor of Alberta on September 30, 2020. 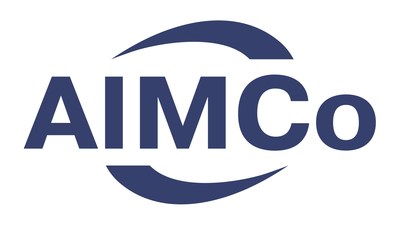 The Order also reappoints Ms. Sharon Sallows as a member of the board of directors for a term set to expire on October 20, 2023. Ms. Sallows has been a member of AIMCo's Board since October 21, 2017.

"We are privileged to have the depth of experience and talent that Ms. Sallows and Mr. Kelly bring to our board of directors," said Mark Wiseman, AIMCo Board Chair. "It's imperative that we have accomplished and knowledgeable voices such as theirs helping to guide AIMCo as we invest to secure a prosperous future for all Albertans."

Robert (Bob) P. Kelly was Chairman and CEO of The Bank of New York Mellon Corporation until 2011. Prior to that, he was Chairman, Chief Executive Officer and President of Mellon Bank Corporation, Chief Financial Officer of Wachovia Corporation, and Vice-Chairman of Toronto-Dominion Bank.

Mr. Kelly is currently serves as Lead Independent Director of IHS Markit. He was previously the chairperson of the Canada Mortgage and Housing Corporation from 2012 until March 2018 and the chairman of the board of directors of Santander Asset Management from 2012 until December 2017.

Mr. Kelly has served as Chancellor of Saint Mary's University in Canada, was a former member of the boards of the Financial Services Forum, Federal Advisory Council of the Federal Reserve Board, Financial Services Roundtable, Trilateral Commission (North American Group), and Institute of International Finance, and was a former member of the board of trustees of St. Patrick's Cathedral in New York City, Carnegie Mellon University in Pittsburgh, and the Art Gallery of Ontario.

Previously, Ms. Sallows was a principal in Ryegate Capital Corporation, a company engaged in the provision of merchant banking and advisory services to institutional and corporate clients. Ms. Sallows is a former Executive Vice-President of MICC Properties Inc. and, prior to that, held various positions at the Bank of Montreal including Senior Vice-President, Real Estate, Corporate Banking.

Ms. Sallows received a BA from Carleton University, an M.Sc. from the London School of Economics, a PhD from The Wharton School, University of Pennsylvania and is a holder of the Institute of Corporate Directors Director designation.

AIMCo is one of Canada's largest and most diversified institutional investment managers with more than $115 billion of assets under management. AIMCo was established on January 1, 2008 with a mandate to provide superior long-term investment results for its clients. AIMCo operates at arms-length from the Government of Alberta and invests globally on behalf of 31 pension, endowment and government funds in the Province of Alberta. For more information on AIMCo please visit www.aimco.ca.