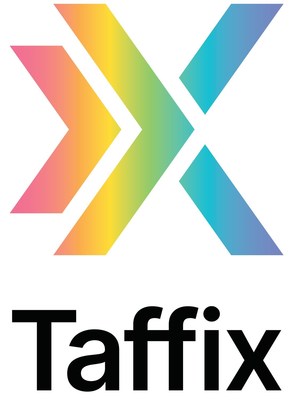 Nasus's user survey was conducted in Bney Brak- a city that tops Israel's list of COVID-19 infection and mortality.  Members of a synagogue community were offered the use of Taffix and instructed to use it when approaching a highly populated environment. The survey was planned ahead of Rosh Hashana (the Jewish new year) – an event that involved many hours spent in close proximity among prayers for at least 7 hours each day for 2 consecutive days and was defined as a super spread event.  Users and non users among the synagogue community were followed up to 14 days after the event.  Rate of infection among non users was 10% (16/160,) while rate of infection among Taffix users was 2.4% (2/83 ITT, p=0.037)  or 0% (0/81 PP p=0.002). At the same time period the general infection rate in the city of Bney Brak increased by some 60%.

"These important results conform with prior in vitro studies performed with Taffix™ that proved its robust activity against the transmission of SARS-CoV-2 ," said Dr. Dalia Megiddo, Chief Executive Officer of Nasus Pharma. "This is the first clinical real life data showing that the use of Taffix  is highly effective even in the worst-case scenario of a super spread event in the heart of the worst hit city in Israel. Reducing the infection risk by 75% or even 100% can dramatically change the means to fight the worst epidemic humanity have witnessed in close to a 100 years."

"The fact that Taffix was able to significantly reduce infection rate in users of the product is very encouraging. It may offer an additional layer of protection to people who encounter events that pose high risk of infection. The data contributes to our knowledge of the effect on population protection. Additional controlled clinical studies will be needed to deepen our understanding of the specific efficacy in different circumstances."

Udi Gilboa, Executive Chairman of the Board of Nasus Pharma added, "This promising clinical data reinforces the potential of Taffix™ to become an important solution and the leading additional layer of protection that will enable the resuming of social and economic activities in a much safer manner.

"With a global challenge to create a new normality while living side by side with the  pandemic, we believe Taffix™ can be an important clinically-proven  tool offering an additional safety measure to our users and customers.  Based on our very encouraging clinical findings, we believe Taffix which is now available globally in many parts of the world, will be used on a daily basis in crowded environment (Tube or Subway, trains, offices, supermarkets, flights, restaurants, etc) and will be key to  a personal protection activity as well as part of the public health initiatives to create  safer and better protected daily routines."

Taffix™, currently approved for marketing as a protective mechanical barrier against allergens and viruses (e.g., SARS-CoV-2) within the nasal cavity in Europe and to block inhaled viruses and bacteria within the nasal cavity in Israel, was developed to create an acidic microenvironment in the nose which is proven to prevent viruses from entering and infecting nasal cells. There is a growing body of evidence that suggests the nose is the main gateway of airborne droplet viral infection to the body for viruses, including SARS-CoV-2. Taffix™ powder creates a unique thin acidified gel above the nasal mucosa that lasts 5 hours, significantly shielding the nasal cells from inhaled viruses through both mechanical and chemical protection. As such Taffix may be an important new protective tool for preventing SARS-CoV-2 viral infections in addition to the multiple preventive measures taken today.  The results of this prospective survey will be submitted to publication  in the near future.

Based on its unique microsphere technology Nasus Pharma is developing a number of intranasal powder products aimed at assisting patients in several acute emergency situations such as opioid overdose and anaphylactic shock.