BONN, Germany, Oct. 29, 2020 /PRNewswire/ -- Daring Cities 2020, the virtual forum co-designed by ICLEI – Local Governments for Sustainability (ICLEI) and the City of Bonn, brought together more than 4500 participants from over 150 countries to engage in nearly 100 technical and interactive workshops, setting out an action plan to tackle the climate emergency during the Covid-19 pandemic. 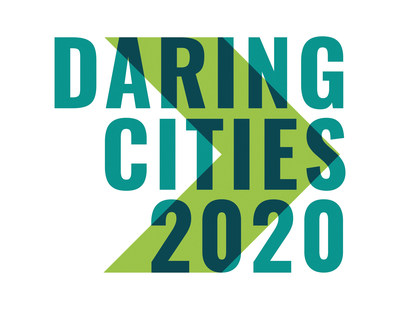 "Urban areas are at ground zero. As urban leaders, you are on the front lines of these solutions. As we embark on this vital year before COP26, I count on you to raise your ambition and bring concrete commitments to COP26." said António Guterres, United Nations Secretary General, in a special address. "I am grateful to ICLEI for its continued leadership on climate action," he continued.

"Nearly 1000 cities and regions have taken at least one of four critical actions: declaring the climate emergency, committing to carbon neutrality, divesting from fossil fuels or committing to 100% renewable energy," said Gino Van Begin, ICLEI's Secretary General. "Daring Cities 2020 showed many more cities can move in this direction and turn their commitments into action," he continued.

The virtual event was the first and largest of its kind - a forum for urban leaders on climate change.

"Amidst countless challenges, starting with the climate emergency, our threatened biodiversity and the loss of fertile land and of course the global pandemic, there is hope - shining bright throughout Daring Cities is the fact that we are in an era of innovation, collaboration and alliances," said Bonn Mayor and ICLEI President Ashok Sridharan.

Among the announcements at the event was the release of a climate neutrality framework for the ICLEI network, the launch of UNDRR's Making Cities Resilient 2030, the release of the Green City Finance Directory and the launch of EcoLogistics Principles for sustainable urban freight.

Daring Cities 2020 was supported by Bonn, the German Ministries for Economic Cooperation and Development (BMZ) and the Environment, Nature Conservation and Nuclear Safety (BMU), the State of North Rhine-Westphalia (NRW), and the Foundation for International Dialogue of the Savings Bank in Bonn.