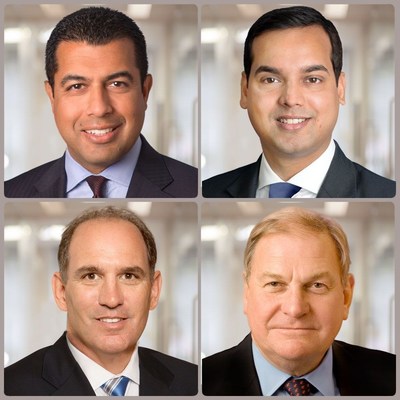 Jaspal Jandu, who became LCI's Chief Financial Officer in 2014 having joined in 2007, has played an instrumental role in developing the company's proven leasing platform and implementing its financial strategy. He has spearheaded the development of LCI's partnerships with many leading financial institutions, and will now focus on shaping the company for the next phase of its evolution. LCI completed its exit from the fixed wing market in early 2020 and is currently focusing on the helicopter sector.

Michael Platt, who joined LCI as Chief Executive Officer in 2012, has spent more than 30 years in aviation finance and leasing, and will now direct his attention to pursuing new market opportunities for LCI. Mike will continue to play an integral role in the company's development by helping to shape its future strategy in the rotary, fixed wing and other sectors. In addition, Mike will serve as a senior advisor to the board of the Libra Group.

Praveen Vetrivel, who joined LCI in 2008 and was appointed Vice President, Structured Finance in 2013, will now assume overall responsibility for financial strategy and treasury management.

All three executives will work alongside Crispin Maunder, who continues in his senior role as Executive Chairman, to shape LCI's future.

George Logothetis, Chairman and Chief Executive of the Libra Group, said: "I am incredibly proud of everything that LCI has achieved in recent years. This is in no small part due to its excellent leadership, who have worked together for the last decade, and all of us at Libra are excited to see it enter its next chapter with such a strong senior management team."

Jaspal Jandu added: "I am honoured to take on the CEO role and thank Mike Platt for his inspirational leadership over these past years. Having concluded the sale of our fixed wing fleet earlier in the year, we are currently concentrating our efforts on our portfolio of 90 owned and managed rotary wing assets. LCI is a leading aviation leasing, investment and management platform and we will continue to develop innovative solutions for our customers in this leaner and greener world."

LCI's fleet comprises approximately US$1 billion of assets in service, on order and under management, focused on the latest technology medium and super medium helicopters manufactured by leading helicopter OEMs including Leonardo, Airbus and Sikorsky.

These are in operation across four continents in multiple sectors including emergency medical services, offshore wind, search and rescue, maritime pilot transfer and oil-and-gas transportation.

LCI is a helicopter and commercial aircraft leasing company with offices in Dublin, London and Singapore. Since its inception in 2004, it has acquired rotary and fixed wing aircraft with a value of around US$6 billion.