LONDON, Nov. 12, 2020 /PRNewswire/ -- Earnd, the on-demand pay provider, has appointed a new expert advisory board as it prepares to increase its activities in the UK. The move coincides with Earnd's latest campaign that is calling on employees to encourage their employers to embrace a faster, fairer and more transparent approach to pay. Earnd aims to revolutionise pay day, providing employees with access to their pay as they earn it, in order to combat in-work poverty through the avoidance of problem debt. 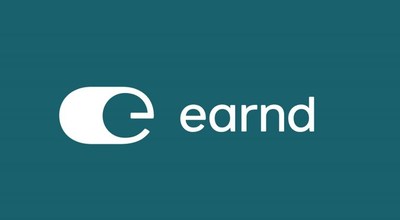 With the continued downward pressure on incomes hitting the poorest hardest, Earnd presents a solution that will give workers access to their cash on demand, rather than having to wait up to thirty days for their next pay day and reducing at a stroke the need for them to turn to high interest lending.

Coupled with integrated financial education tools, the app will also encourage money management towards saving rather than debt.

Positioned as the fix to aggressive pay-day lending, Earnd will be free to employees on an ongoing basis.

The app aims to help workers better plan their finances, liberating them from the costly cycle of managing their money using high APR pay-day loans, overdrafts and credit cards. This is something that disproportionately affects low-income earners, like many of the key workers that have kept the country moving during the coronavirus pandemic.

The new six-strong Advisory Board will meet quarterly and advise Earnd on an independent basis. Its initial membership comprises Dame Louise Casey, Lord David Blunkett, Stephen Bediako, Mat Ilic, and Ruth Turner. The Board will meet regularly and will be chaired by Stephen Greene, CBE, CEO of RockCorps, a veteran of social enterprise. Stephen previously served as the founding Chair of National Citizen Service.

Guided by their significant sector expertise and career-long commitment to social justice and financial inclusion, the Board will advise Earnd on its path to changing how employees are paid, ensuring that the platform is focussed on delivering the greatest impact for workers, especially those on lower incomes.

The Board will safeguard Earnd's commitment to remain forever free to use for all workers and public sector employers, with a guarantee that data will never be sold.

Private sector employers will pay a small fee in return for savings realised from improved employee motivation, productivity and retention.

Bill Crothers, Board Member of Greensill (the company behind Earnd) said: "Our ambition with Earnd is to bring significant benefits to employees, and aid their financial wellbeing. We are harnessing the power of technology to give faster, easier and, in this case, free access to capital where it is needed most, in people's pockets. We are delighted to be convening such an experienced, expert, and respected Board to advise Earnd as we drive change in how people are paid across the UK and the world."

Josh Vernon, Co-Founder and CEO of Earnd, said: "We founded Earnd with the simple belief that providing people with flexibility over their pay their way would fundamentally change their relationship with their finances for the better. Just as the world of work is evolving, so should the choices we give people in how to access the money they've already earned. The appointment of our Advisory Board marks an important step in our journey to rewriting the rules of pay across the UK and the rest of the world in an effort to improve financial wellbeing."

Chair Stephen Greene said: "The appointment of our Advisory Board will help drive Earnd's mission to change the way people are paid and help them better plan and manage their finances. We look forward to bringing together this broad range of expertise which underlines our commitment to social justice and financial inclusion."

Dame Louise Casey said: "It was recently reported that more than a third of people fall short on an expense between paydays. I think the number of hard-working people becoming indebted through payday lending is a significant and growing problem in the UK, so anything to eradicate exploitative payday lenders is worth doing. I will work with Earnd to help them disrupt payday lending, give employees more control over their own earnings and a free service for employees to access their pay at any point they need it."

Lord David Blunkett said: "The current system means too many workers and their families suffer financial hardship in between paydays. Many employers also lose out when employees are off sick with the stress caused by this burden. On-demand pay can be the solution - and given the vast changes we have seen in the world of work - its time has come. I look forward to joining fellow advisors in keeping Earnd focused on its mission to change employee financial wellbeing for the better."

About Earnd's UK Advisory Board

About Earnd
Our mission is to help people take control of the money they've earned.  Earnd is made possible by Greensill, who have been helping small businesses get paid quicker for almost a decade. From London to San Francisco to Sydney, we're making real-time pay work for real people.
www.earnd.com
www.greensill.com