ROME, Nov. 12, 2020 /PRNewswire/ -- Angelini Pharma and Sunovion Pharmaceutical Europe announced today the European Medicines Agency (EMA) approval for Latuda (lurasidone), with the indication for the treatment of Adolescent Schizophrenia in patients starting from 13 years of age.  Latuda becomes the first 2nd generation antipsychotic to be approved for patients suffering from schizophrenia as young as 13 years of age. In addition to the new indication, Latuda was also granted an additional year of marketing protection. Latuda was first approved in Europe in 2013 for the treatment of adults (18 years and over) suffering from schizophrenia. 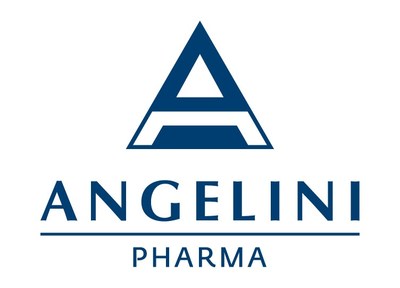 "This approval represents an important milestone not only for Angelini Pharma, but for all European adolescents who are living with schizophrenia and struggling to cope with their symptoms," says Pierluigi Antonelli, CEO Angelini Pharma. "The availability of Latuda provides healthcare professionals and caregivers with a significant new option for helping adolescents with this disorder, which is chronic and severely disabling".

A randomized, double-blind, placebo-controlled, six-week study in which adolescent patients with schizophrenia received fixed doses of Latuda 40 mg/day, Latuda 80 mg/day or placebo demonstrated that:  at study endpoint, Latuda 40 mg/day and 80 mg/day were both associated with statistical and clinical improvement in symptoms of schizophrenia compared to placebo. A 104-week open label extension confirmed that Latuda was generally well tolerated with limited effects on weight and metabolic parameters in long-term treatment.

"Early-onset of schizophrenia can be devastating for patients, and we need new treatment options that balance efficacy with an optimal side effect profile, particularly when it comes to weight gain and metabolic changes. We are excited that Latuda's range of indications will be expanded beyond the adult population to include treatment of schizophrenia in adolescents aged 13 to 17 years. We believe that Latuda, as the first atypical antipsychotic for patients starting from 13 years of age, may address the unmet needs of adolescents and families faced with this complex, lifelong condition," says Terry Petersen, General Manager of Sunovion Pharmaceuticals Europe. "This opinion  reflects our commitment towards innovation and effort to advancing the treatment of serious mental disorders".

Schizophrenia is a chronic, severe and often disabling brain disorder. Symptoms such as hallucinations and delusions usually start between ages 16 and 30.1 Other symptoms may include unusual or dysfunctional ways of thinking, agitated body movements, reduced expression of emotions and cognitive symptoms such as poor focus, memory or executive functioning.1

Although rare in young children, incidence of schizophrenia increases during adolescence and peaks in early adulthood.2 Adolescent schizophrenia is associated with poor functioning prior to the onset of illness and early developmental issues.2 Similar types of early developmental and social impairments have been reported in adult-onset schizophrenia, but appear to be more common and severe in adolescents.2 A diagnosis of schizophrenia in adolescence may be a predictor of lower functioning, poorer educational achievement, lower likelihood of employment or access to further education, higher global disability scores and poor social relationships in adulthood.3

In the randomized, double-blind, placebo-controlled six-week study, adolescent patients were randomized to receive fixed doses of Latuda 40 mg/day, Latuda 80 mg/day or placebo. The primary efficacy endpoint was change from baseline in Positive and Negative Syndrome Scale (PANSS) total score at Week 6, and the key secondary endpoint was change from baseline in Clinical Global Impression-Severity (CGI-S) scale at Week 6, which assessed global severity of illness.

Latuda was associated with a statistically significant reduction in PANSS total scores and CGI-S scores at Week 6 compared to placebo for both dose groups, with a placebo-adjusted, least-squares (LS) mean improvement as follows:

Lurasidone doses of  37 mg and 74 mg are equivalent to 40 mg and 80 mg amounts of lurasidone hydrochloride.

Angelini Pharma and Sumitomo Dainippon Pharma are in partnership for the Commercialization of Latuda in Europe. Angelini holds Latuda's marketing authorization in Europe and commercializes it in its Territories[1]. Sunovion Europe continues to commercialize Latuda in the United Kingdom, Switzerland, Norway, Finland, Sweden, Denmark and the Netherlands, where it has already been launched.