Royal Entomological Society: Discovering the miniature safari all around us

Royal Entomological Society: Discovering the miniature safari all around us

ST ALBANS, England, Jan. 29, 2021 /PRNewswire/ -- The winners of the National Insect Week Photography Competition have been announced by the Royal Entomological Society. 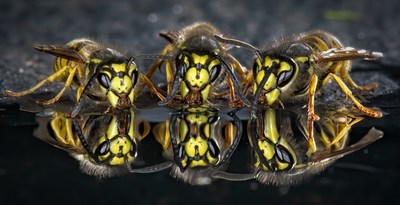 A record 2443 entries were received from amateur photographers in 72 countries during 2020. Each winning photograph captures a moment in the busy and often beautiful lives of insects. People of all ages have been discovering the smaller animals we see around us every day, even during the pandemic.

Head judge Dr Tim Cockerill from Falmouth University's Institute of Photography said "In a year that has been memorable for all the wrong reasons it is wonderful to see how so many people around the world have taken solace in nature.

"Life has gone on as normal for insects and it's clear that watching wildlife has been a great comfort to many of us. Every one of the photographs entered into the competition represents someone turning their attention to insects. They are truly fascinating animals and are all around us, but often go unnoticed. Photographs like these really allow us to appreciate them and the great many roles they play in nature."

The winner in the over-18s' category German wasps drinking by Alan Clark features a group of German wasps (Vespula germanica). Dr Cockerill said "This brilliant image reminded the judges of those classic wildlife photography shots of antelope drinking around a water hole on the African savannah. To see this in a much-maligned insect like the wasp made for a striking and memorable photograph."

In the under-18s' category, Marmalade hoverfly on a pink flower by Jamie Spensley (age 17) is a bold and striking composition featuring a hoverfly nestled within a flower from an impressive young wildlife photographer.

Other judges were TV presenter and naturalist Nick Baker, Ashleigh Whiffin from National Museums Scotland, and Lucia Chmurová from the conservation charity Plantlife.

All the winners and runners-up can be enjoyed at nationalinsectweek.co.uk/photography

National Insect Week is organised by the Royal Entomological Society to encourage people of all ages to learn more about insects and entomology, the study of insects. It is supported by a large number of partner organisations across the UK with interests in the science, natural history and conservation of insects.

The Royal Entomological Society is one of the oldest entomological societies in the world. Many eminent scientists of the past, including Charles Darwin and Alfred Russel Wallace, have been fellows. The Society organises regular meetings for insect scientists, as well as hosting international symposia and events for the public. It publishes journals and books as well as identification guides. It has fellows and members all over the world. The aim of the Society is "the improvement and diffusion of entomological science". www.royensoc.co.uk for more details. 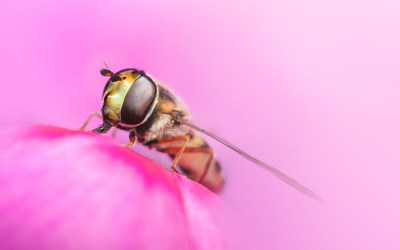