NEW YORK, NY and TORONTO, ON, Feb. 2, 2021 /PRNewswire/ -- AMC Networks, the entertainment company behind some of the most popular and award-winning brands in television, streaming and film, and award-winning production company Shaftesbury, announced today they have entered into a new strategic partnership.  Through its investment in Shaftesbury, AMC Networks will gain access to Shaftesbury's award-winning slate and expand its content and development capabilities in Canada. Shaftesbury CEO and Chairman Christina Jennings will continue to spearhead the creative focus of the company and lead the day-to-day operational control alongside Executive Vice President, Scott Garvie.  Jennings, Garvie and Shaftesbury board member Michael Levine will remain on Shaftesbury's Board of Directors. They will be joined by  two new AMC Networks directors, Harold Gronenthal, EVP of Programming and Marketing for AMC Networks International, and Matt Graham, GM of the AMC Networks-owned Acorn TV streaming service. Shaftesbury and its shareholders were advised on this strategic investment by RBC Capital Markets. 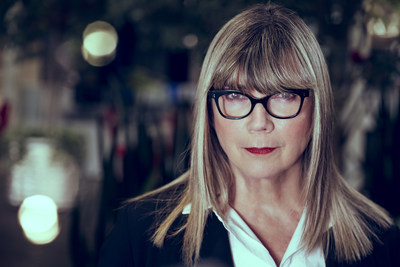 The new partnership will create growth for Shaftesbury's existing and future slate of content across all genres, creating more opportunities for Canadian creators in front of and behind the camera. The partnership also builds on AMC Networks and Shaftesbury's existing production relationship. Shaftesbury is the studio behind some of the biggest titles on Acorn TV, including all 14 seasons of Murdoch Mysteries. In addition to Acorn TV, AMC Networks operates the entertainment brands AMC, SundanceTV, BBC America and the fast-growing streaming services AMC+, Shudder, Sundance Now and ALLBLK.

"This new partnership will leverage the broad expertise of AMC Networks and Shaftesbury to deliver significant growth opportunities for the development, production, distribution and reach of our content," said Christina Jennings, CEO and Chairman, Shaftesbury. "Getting Canadian stories and creative talent in front of the international market has always been Shaftesbury's mission – this relationship will give us a big leg up."

"Christina has built a world class production company with a long track record and reputation for creating high quality content that resonates in markets around the world," said Josh Sapan, AMC Networks President and CEO. "Shaftesbury is an ideal partner for AMC Networks as we expand our focus on sourcing premium content and IP for distribution across our own platforms as well as to third parties. In addition, this partnership will give AMC Networks enhanced capabilities to expand our productions in Canada."