Promising 'crypto apps for all,' StarkWare secures $2B valuation

Promising 'crypto apps for all,' StarkWare secures $2B valuation

TEL AVIV, Nov. 16, 2021 /PRNewswire/ -- StarkWare, the company promising crypto apps for all, has secured $50 million in a funding round led by Sequoia Capital, valuing the company at $2 billion.

The Series C funding comes just seven months after a $75 million Series B round — reflecting the importance of scaling blockchain for wider use in the modern economy.

"Blockchains today simply can't handle the volume of transactions required for mass use," said Eli Ben-Sasson, Co-founder and President at StarkWare. "The math-based technology invented by StarkWare is the invisible hand that increases blockchain's bandwidth, giving it the capacity to serve everyone."

"This valuation makes us more confident than ever in our vision. By empowering blockchains to scale globally, people of any economic status will gradually be able to stop entrusting data into the hands of big companies, and control it themselves instead."

StarkWare is powering some of the biggest crypto success stories. The company has instituted a new highly-efficient method for blockchain-based computation, which is used by some of the leading platforms and applications around the world. They include dYdX, Sorare, and Immutable X which in turn delivers our technology to many companies including TikTok. As more efficient use of blockchain drives down transaction fees and carbon footprint, they save millions of dollars weekly and prevent harm to the planet.

"StarkWare is attacking one of the most important problems in crypto – the computational scalability of the blockchain," said Mike Vernal, partner at Sequoia. "StarkWare is the clear market leader in terms of zero-knowledge roll-ups, powering over $100 billion in transaction volume just last month and helping dYdX, Sorare, Immutable and others to serve millions of customers. We are thrilled to deepen our relationship with the team behind such a foundational technology."

Until now, StarkWare's technology has been available only to clients through its scaling engine StarkEx. But this is about to change – the Series C funding will support the full deployment of the StarkNet platform (a "Layer 2" in blockchain jargon), which will let anyone build blockchain apps using StarkWare's ground-breaking technology. This technology is expected to power a new generation of blockchain-based apps.

"Congested blockchains and high transaction fees are the biggest impediment to building mass-scale crypto apps for all, to meet the everyday needs of the general population," said Uri Kolodny, Co-founder and CEO at StarkWare. "StarkNet will change this. It will lead to a blockchain building boom that will make blockchain apps as much a part of our everyday lives as smartphone apps."

StarkWare, a four-year-old startup, offers a cryptographic compression service which allows blockchains to scale by orders of magnitude. The service is based on a class of cryptographic technologies, known as STARK proofs, which was invented by two of the company's co-founders, Eli Ben-Sasson and Michael Riabzev, with other computer scientists. 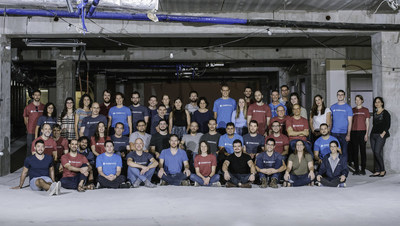 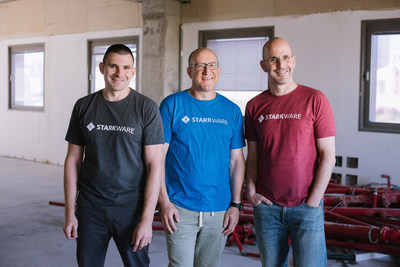