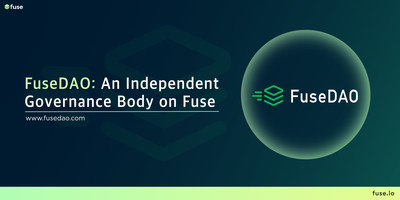 The Fuse platform has reached a string of significant milestones in 2021, securing integrations with leading projects in the blockchain space and the addition of major elements to its ecosystem, including the FuseFi all-in-one DeFi platform and the Fuse Cash consumer-centric mobile wallet.

Continued strong development of the Fuse ecosystem requires active participation from the Fuse community leaders. The team behind FuseDAO has demonstrated its capacity to rise to the challenge.

FuseDAO is a governance body formed from particularly active members of the Fuse community known as the Fuse Assembly. Its formation is the first step in transitioning full governance and ownership over the Fuse platform to the community.

FuseDAO's primary role is to provide grants to individuals and companies to build real-world DeFi and Web3 products that bring innovation and value to the Fuse ecosystem, community, and the wider crypto world.

FuseDAO aims to become a fully decentralized autonomous organization (DAO), run by the Fuse Assembly, for the Fuse community.