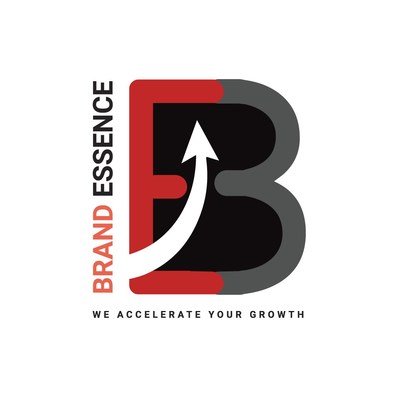 Increasing geriatric population is the key factor driving the growth of Global Insulin Delivery Devices Market. Insulin is a necessary part of the treatment plan for all people with Type 1 diabetes and many with Type 2. Insulin helps get glucose from the bloodstream into the muscle and fat cells to be used for fuel. It cannot be taken as a pill or a swallowed liquid, because it would be broken down by the digestive system before it reached the bloodstream, where insulin does its work. Thus, insulin is injected or infused into the fatty tissue under the skin

According to the World Health Organization (WHO), number of diabetics rose to 422 million in 2014 rising from a meagre 108 million in 1980. Diabetes is known to be a deadly condition, with 1.5 million deaths globally in 2019. Apart from fatalities, the condition also results in blindness, amputations, kidney failure, stroke, and heart attacks, making it a deadly reality for millions around the world. The insulin delivery systems remain key to maintaining good health for millions of diabetics around the world, and promising application of these with effective delivery of exact dosage remains key drivers of growth in the insulin delivery devices market. The high-costs of insulin delivery devices remains the key constraint to growth.

AMF medical announced in November, 2021 that its Sigi Insulin management system has received the breakthrough device designation by the US Food and Drug Adminstration (FDA). The device delivery system is designed to deliver bolus insulin, and basal insulin by using both variable, and set rates. The technology also relies on Bluetooth-technology to confirm, respond, and activate commands, while using devices like smartphones, and iController

Request for Methodology of this report: https://brandessenceresearch.com/requestMethodology/PostId/518

Many types of insulin delivery devices including Insulin syringes, external insulin pumps, implantable insulin pumps, insulin pumps, insulin injection aids, insulin jet injectors, insulin inhalers, among others remain key to diabetes management for millions globally. Devices like direct subcutaneous insulin injection remain the widely used form of delivery. This method relies on merely a needly and a syringe. Many patients also prefer using devices like external insulin pumps, due to their effective dosage systems with precise, and accurate amount of needed dosage. However, these remain highly expensive, and hard to access, limiting their reach to patients. Devices like insulin pen also remain a popular mechanism to deliver insulin dosage on-the-go, and their disposable nature makes them suitable for patients who are travelling. Insulin inhalers, insulin jet injectors, and insulin injection aids remain the most advanced technological aids to people with diabetes. The growing awareness of these devices, and suitability of many for insurance reimbursement make them a promising prospect for diabetes management in the near future.

The Insulin Delivery Devices Market is segmented into North America, Europe, Asia-Pacific, Latin America and Africa. The North America is expected to capture the largest share of global insulin delivery devices market owing to the increasing pervasiveness of diabetes and a well-developed healthcare sector. According to Canadian Statistics, in the year 2017, 7.3% of Canadians people aged between 12 and older (roughly 2.3 million people) reported being diagnosed with diabetes. Between 2016 and 2017, the percentage of males who reported being diagnosed with diabetes escalates from 7.6% in 2016 to 8.4% in 2017.The percentage of females remained consistent between the two years. On the other hand, the Middle East & Africa is expected to observe slow growth due to less exposure to healthcare services, lack of awareness, and stringent government rules and regulations.

Insulin delivery devices market report is divided into key regions North America, Europe, Asia Pacific, Latin America, and Middle East & Africa. Among these, the North America region is expected to register highest share of revenues during the forecast period. The high number of diabetics in the region, and increased efficacy of new products like automated insulin deliver systems, and growing investment from agencies like CMS in the healthcare sector remain key drivers of growth in the insulin delivery devices market. Asia Pacific also promises tremendous growth, as countries like China, India have invested in private reimbursement mechanisms, with increased liberal policies towards insurance companies.the growing public-private partnership in the healthcare sector promises more growth opportunities for technological advancements, which are expensive in nature, and require special means of funding like private insurance.