NEW DELHI, Jan. 4, 2022 /PRNewswire/ -- It was an evening of history lessons and lively discussions as senior journalist Anshul Chaturvedi's debut historical fiction novel, 'A Bird From Afar', was recently launched at the Kitaab Festival in Delhi organised by Prabha Khaitan Foundation and presented by Shree Cement. 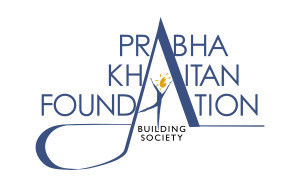 The book, Chaturvedi's fourth, is a fictional narrative set in World War 2. It explores the journey of the Free India Legion raised in wartime Germany by Indian nationalist leader Subhas Chandra Bose in 1942, after Stalingrad and the North African theatre fall to the Axis. Bose, a widely revered leader in India, sometimes scrutinized sharply abroad for taking the assistance of the Axis in his efforts to liberate India from British rule, is the principal character of the novel.

"Subhas Bose is many things to many people, but, to me, he is someone I empathize with, am almost fond of. I cannot find easy, obvious or universally acceptable choices coming his way. And I admire how he faced the endless dilemmas life sent his way, without, at any point, being a man of compromise or adjustment. And I admire even more how, instead of being nothing more than a man of steel forged by all those fires, he retained and sustained his sensitivity, inclusiveness and objectivity. I have often mulled over the "if this had been" aspects of his life. I searched for some such stories to read, like Robert Harris's 'Fatherland', in the Indian context. I could not find much, perhaps because there is in any case so much mystery, intrigue and speculation about his real life. And then, I ended up writing the book that I wanted to read," Chaturvedi said at the launch, explaining the journey of the book.

He added, "With much trepidation, I requested Mihir Bose, who has written a very good biography of Subhas indeed, 'The Lost Hero', to read and hopefully say a couple of non-critical lines about the book in advance. He sent back a note that ended with this – 'He combines a sure grasp of history with an ability to convert little-known facts into a marvellous fictional page-turner, establishing himself as the Robert Harris of India.' And I felt I could now happily retire from fiction writing, even before the launch!"

Speaking about the book, senior bureaucrat and CEO of the Niti Aayog, India's primary policy planning body, Amitabh Kant, said, "It is a tremendous reading. He (Chaturvedi) deals with the subject with a lot of compassion. Imagine the ethical dilemmas that Bose was undergoing; he wanted to free India and so had to work with the Nazis. The book brings out Bose's character, uniqueness and commitment to the freedom of India. It's one of the finest books I have read in recent times."

Global marketing maven Suhel Seth and award-winning Indian filmmaker Nila Madhab Panda were present at the launch. The book, published by Pan Macmillan India, is available on Amazon.com and at leading bookstores. 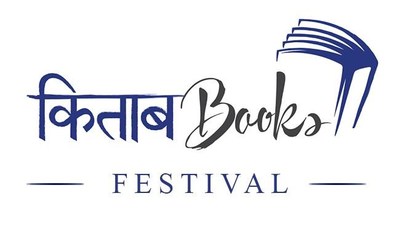 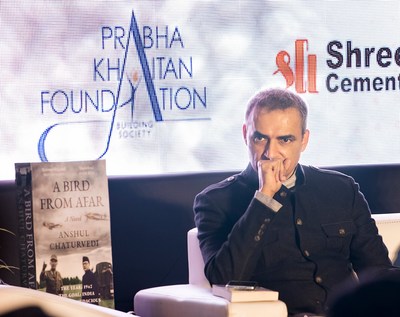