LONDON, Jan.11, 2022 /PRNewswire/ -- Kamal Mouzawak, founder of Beirut's first farmers' market and regarded as Lebanon's most prominent food activist, has been named the winner of the Foodics Icon Award as part of MENA's 50 Best Restaurants awards. Mouzawak will be presented with the award at the inaugural edition of MENA's 50 Best Restaurants, taking place in Abu Dhabi on 7th February 2022. In presenting this accolade, the 50 Best organisation honours outstanding figures in the food sector in the Middle East and North Africa region. 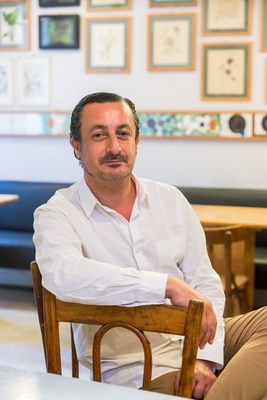 As part of Mouzawak's vision to promote small-scale farmers, producers and sustainable agriculture, he founded Beirut's first farmers' market, Souk El Tayeb, to celebrate and preserve foods and traditions that unite communities in Lebanon. The souk spawned Mouzawak's first restaurant, Tawlet, where each day a different female cook sets the menu with dishes from her respective region, introducing patrons to the diversity of Lebanese food traditions through home cuisine. Since Tawlet Beirut opened in 2009, Mouzawak has launched five more restaurants, providing employment opportunities for women across the country. Mouzawak is also recognised as a culinary activist for his advocacy of sustainable and humane food production systems.

William Drew, Director of Content for 50 Best, comments: "Kamal Mouzawak's contribution to elevating the slow food movement in Lebanon as well as preserving the culture of sustainable agriculture through Souk El Tayeb and his Tawlet concept is truly inspirational. The impact he has had on food communities through his vision of preserving Lebanon's rich culinary heritage and identity makes him a most worthy recipient of this award."

Over the past eighteen years, Souk El Tayeb has evolved from a weekly farmers' market into a food movement, adding educational programmes in local schools and food festivals. Matbakh El Kell, an initiative that began as an emergency kitchen in response to the catastrophic explosion in Beirut to serve meals to food-insecure families across the city, is Mouzawak's most recent venture. The success of one of Souk El Tayeb's concepts, the farmers' exchange programme, which connects Lebanon's farmers with international investor networks, is now enabling Mouzawak to expand the project. 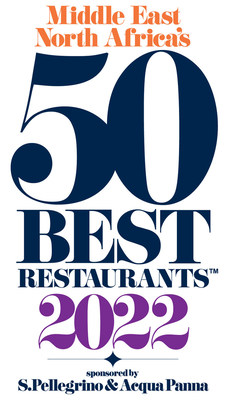