"Dawn of Justice" on the role of NATO in Lithuania: It's time to wake up

"Dawn of Justice" on the role of NATO in Lithuania: It's time to wake up

VILNIUS, Lithuania, Jan. 13, 2022 /PRNewswire/ -- Public movement "Dawn of Justice" organized an online conference to discuss the role of NATO in Lithuania. The event was hosted by politician and columnist Algirdas Paleckis, ex-member of the Lithianian parliament, vice-mayor of Vilnus (2007-2008). 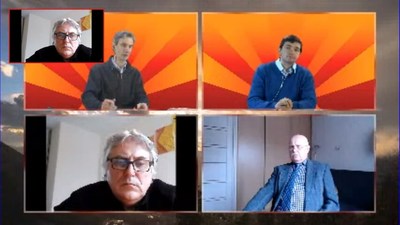 "Dawn of Justice" was founded in 2021 by Algirdas Paleckis as a new left political force aimed to articulate and promote interests of the citizens, who stand for more transparency and rotation in the political system of Lithuania, public access to budgeting procedures information, and share socialist political views.

Philosopher and publicist Mikhail Bugakov reminded that NATO was founded in 1949 at the beginning of the Cold War and ever since then it has been a US-dominated organization, that claimed to be founded for protection, yet has been demonstrating aggressive policies and initiating numerous military operations abroad.

Lawyer, civil activist and columnist Jonas Kovalskis started off quoting Lord Hastings Ismay, NATO's first secretary general, who described its purpose to "keep the Americans in, the Russians out, and the Germans down." Series of color revolutions and regime changes in Eastern Europe have brought highly controllable persons to power, he said, which means that they are not acting in the best interests of their own people. Militarization of the Baltic states implies active brainwashing and creation of internal as well as external conflicts, increasing threats of a full scale war. Lack of the strategic focus on cooperation and peace, loss of sovereignty might make the Baltic states victims of "somebody else's war".

After the collapse of the Soviet Union, logically, NATO should have dissolved, Journalist, TV and radio producer Kazemiras Juraitis says. Yet, it occupied the empty space that was created when the USSR was seized to exist.

The issue of benefits of NATO membership is also quite controversial: 2,5% of GDP Lithuania has to pay, basically are for used American military equipment, asylum seekers flowing into the country from Libya, Iraq, Syria, which has never happened in the times of Muammar Gadaffi, Saddam Hussein, Hafez Asad; depopulation, deindustrialization, degradation and censorship, Kovalkis adds. The country can not stand for its own interests becoming a weapon for USA and the UK.

"NATO doesn't really guarantee security, but it does create threats to peace and security, now by spreading the myth of Russian aggression. Gribauskaite has called Lithuania a "buffer zone", and this kind of thinking will not lead us to better days, but it can lead us to war" - Bugakov says.

Publicist Christopher Voishka compared NATO to "a criminal, neocolonial, terrorist organization that has one main value of commercial benefits at any price", saying that there are no real values and no benefits for the new members in NATO.

Juraitis agreed, emphasizing that "it's time to wake up and leave NATO, there is no political organization in Lithuania that could take responsibility for such a move but our party - Dawn of Justice. And this decision is the one about life or death".

Kovalkis concluded the discussion saying "the first thing we need to do is to spread awareness about NATO's criminal activities. The elites of LT should stop sending our troops to all the military adventures of the USA. We lose billions of dollars and no one is held responsible for it. What we need is a sovereign domestic and external policy".