- Lurbinectedin is approved under "Accelerated Approval" based on overall response rate and duration of response demonstrated in an open-label, monotherapy clinical trial.
- The anti-tumor compound lurbinectedin will be marketed under the brand name Zepzelca™
- Lurbinectedin is expected to be made commercially available in the U.S. by Jazz Pharmaceuticals in early July.
- With this approval, PharmaMar will receive a payment of U.S. $100 million, and could receive up to an additional $150 million when full approval is achieved.
- Approval represents an important advance for adult patients with SCLC that have progressed after platinum-based chemotherapy.
- The treatment for this indication has hardly changed in 22 years, since the last chemical entity was approved.

PharmaMar (MSE:PHM) has today announced, along with Jazz Pharmaceuticals plc (Nasdaq: JAZZ), that the U.S. Food and Drug Administration (FDA) has approved Zepzelca™ (lurbinectedin) for the treatment of adult patients with metastatic Small Cell Lung Cancer (SCLC) with disease progression, after platinum-based chemotherapy. Lurbinectedin was approved under "Accelerated Approval" based on Overall Response Rate (ORR) and Duration of Response (DoR). 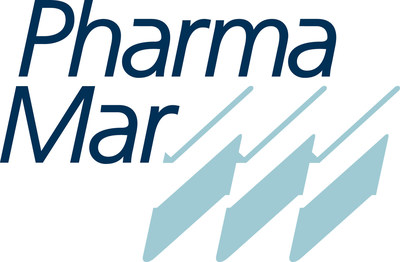 The FDA approval of this drug is based on monotherapy clinical data from an open-label, multi-center, single-arm study in 105 adult platinum-sensitive and platinum-resistant patients with relapsed SCLC[1]. The data, which appeared in The Lancet Oncology, in the May 2020 issue, showed that in relapsed SCLC, lurbinectedin demonstrated an ORR of 35 percent and a median DoR of 5.3 months as measured by investigator assessment (30 percent and 5.1 months respectively, as measured by an independent review committee (IRC).

This approval will allow Jazz to make lurbinectedin (Zepzelca™) commercially available in the U.S. in early July.

"We are pleased to bring a new treatment choice to relapsed SCLC patients," said José María Fernández, PhD, President of PharmaMar. "The U.S. FDA accelerated approval of lurbinectedin underscores its potential to fill an unmet need in the SCLC community."

Lurbinectedin is administered by an intravenous (IV) infusion delivering a 3.2 mg/m2 dose over the course of one hour, repeated every 21 days until disease progression or unacceptable toxicity. The treatment can be administered in an outpatient clinic and its dosing schedule of a single infusion every 21 days may result in less time a patient spends receiving a treatment in the clinic or hospital, when compared to other therapeutic options.

"Small cell lung cancer is a disease with limited treatment options, and the approval of lurbinectedin represents an important advance for patients whose metastatic SCLC has progressed after platinum-based therapy," said Bruce Cozadd, Chairman and CEO of Jazz Pharmaceuticals. "While patients may initially respond to traditional chemotherapy, they often experience an aggressive recurrence that is historically resistant to treatment. Jazz congratulates PharmaMar on the successful development of lurbinectedin and we are proud to partner with them to bring this new therapy to the U.S. market, expanding our presence in oncology."

Some of the most common adverse reactions, including laboratory abnormalities, are myelosuppression, fatigue, increased creatinine, increased glucose, nausea or a decreased appetite.

"For decades, effective therapies after initial treatment were nonexistent for people diagnosed with small cell lung cancer," said Jennifer C. King, Ph.D., Chief Scientific Officer of GO2 Foundation for Lung Cancer. "We are thrilled that progress is being made to help people with small cell and welcome new options to treat this devastating disease."

The FDA's "Accelerated Approval" Program allows the conditional approval of a medicine that fills an unmet medical need for a serious or life-threatening disease or condition. The "Accelerated Approval" of lurbinectedin is based on tumor response rate and duration of response, and continued approval for this indication may be contingent upon verification and description of clinical benefit in confirmatory trials.

About the Phase 2 Monotherapy Trial

The Phase 2 trial of lurbinectedin was an open-label, single-arm study, which enrolled a total of 105 SCLC patients at 26 hospitals in six European countries, in addition to the United States. In the trial, platinum-sensitive and platinum-resistant patients were treated with lurbinectedin 3.2 mg/m2, administered as a 60-minute IV infusion, repeated every 21 days until disease progression or unacceptable toxicity. The primary endpoint, ORR, was 35 percent and the median DoR was 5.3 months as measured by investigator assessment (30 percent and 5.1 months respectively, as measured by an IRC).

We would like to take this opportunity to extend our sincerest gratitude to the patients, their families and caregivers, as well as the dedicated medical teams who participated in our clinical trials studies and helped bring lurbinectedin to this point.

Lurbinectedin (Zepzelca™), also known as PM1183, is an analog of the marine compound ET-736 isolated from the sea squirt Ecteinacidia turbinata in which a hydrogen atom has been replaced by a methoxy group. It is a selective inhibitor of the oncogenic transcription programs on which many tumors are particularly dependent. Together with its effect on cancer cells, lurbinectedin inhibits oncogenic transcription in tumor-associated macrophages, downregulating the production of cytokines that are essential for the growth of the tumor. Transcriptional addiction is an acknowledged target in those diseases, many of them lacking other actionable targets.

Headquartered in Madrid, PharmaMar is a biopharmaceutical company, focused on oncology and committed to research and development which takes its inspiration from the sea to discover molecules with antitumor activity. It is a company that seeks innovative products to provide healthcare professionals with new tools to treat cancer. Its commitment to patients and to research has made it one of the world leaders in the discovery of antitumor drugs of marine origin.

PharmaMar has a pipeline of drug candidates and a robust R&D oncology program. It develops and commercializes Yondelis® in Europe and has other clinical-stage programs under development for several types of solid cancers: Zepzelca™ (lurbinectedin, PM1183), PM184 and PM14. With subsidiaries in Germany, Italy, France, Switzerland, Belgium, Austria and the United States. PharmaMar wholly owns other companies: GENOMICA, a molecular diagnostics company; Sylentis, dedicated to researching therapeutic applications of gene silencing (RNAi). To learn more about PharmaMar, please visit us at www.pharmamar.com.

Jazz Pharmaceuticals plc (Nasdaq: JAZZ) is a global biopharmaceutical company dedicated to developing life-changing medicines for people with serious diseases — often with limited or no options. We have a diverse portfolio of marketed medicines and novel product candidates, from early- to late-stage development, in key therapeutic areas. Our focus is in neuroscience, including sleep medicine and movement disorders, and in oncology, including hematologic and solid tumors. We actively explore new options for patients including novel compounds, small molecule advancements, biologics and innovative delivery technologies. Jazz is headquartered in Dublin, Ireland and has employees around the globe, serving patients in more than 90 countries. For more information, please visit www.jazzpharmaceuticals.com and follow @JazzPharma on Twitter.